Lempuyang Temple, locally referred to as Pura Lempuyang Luhur, is one of Bali’s oldest and most highly regarded temples, on par with Besakih (aka the ‘mother temple’ of Bali). It is also believed to predate the majority of Hindu temples on the island. Definitely a highlight on any travel itinerary for the fit and adventurous, the main temple lies at 1,175m above sea level, up on the peak of the namesake Mount Lempuyang in East Bali. 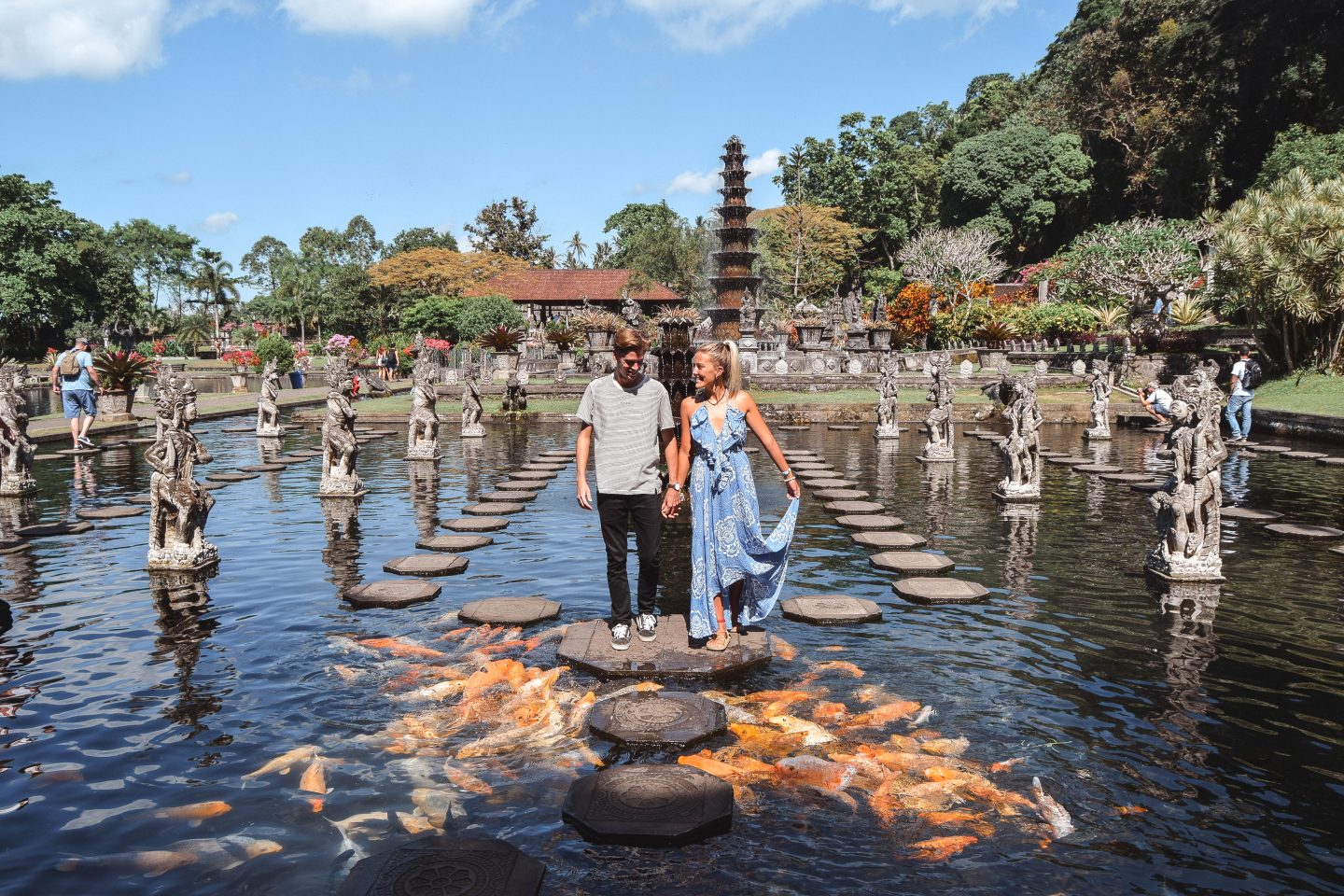 Tirta Gangga is located in the village of Ababi, an approximate 75km east of Denpasar. The complex is a cool retreat in the eastern highlands, perched on the south-eastern slope of the island’s highest mountain, Mount Agung. The Tirta Gangga complex was built around the same time as the Taman Soekasada Ujung, another site located near the coast and 8.5km south in the village of Tumbu. Tirta Gangga, like its sister royal bathing complex, consists of tropical gardens, wading pools, fish ponds, and fountains. Taman Ujung ‘water palace’, with its complete and official designation of Taman Sukasada Ujung, is located in the village of Seraya in Karangasem regency. It is the sister site of Tirta Gangga, also built by the late raja of Karangasem. The complex consists of various large pools and historic structures set against a backdrop of Mount Agung and the eastern shoreline.